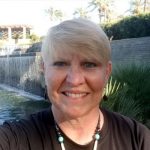 Carey Hyatt is a former Maricopa County Superior Court judge (2000-2015) and commissioner (1995-2000) who retired from the bench in 2015 after 20 years of service. Her judicial experience encompassed both Criminal and Civil Court, including a total of ten years in Family Court, where she served three years as Presiding Family Court Judge. Prior to her service as a judge and court commissioner, Judge Hyatt was a criminal staff attorney for the Arizona Court of Appeals, a Deputy Maricopa County Attorney, and an Assistant District Attorney for Queens County, New York.

During her judicial career, Judge Hyatt presided over several of Maricopa County’s Problem-Solving Courts, including the Drug and DUI Courts, Domestic Violence Court, Mental Health Court, and Family Drug Court. She served on several statewide committees, including the Committee on the Superior Court and the Committee on the Impact of Domestic Violence and the Courts, and Maricopa County committees, including serving as co-chair of the Specialty Courts Committee and as liaison to the Family Court Behavioral Health Committee.

Since her retirement from the bench in 2015, Judge Hyatt has served as a private mediator, parenting coordinator, and family law master in nearly 200 cases, with an impressive settlement record resolving a significant majority of the cases brought to her.

Arizona Association of Family and Conciliation Courts:  Board Member 2010-2016